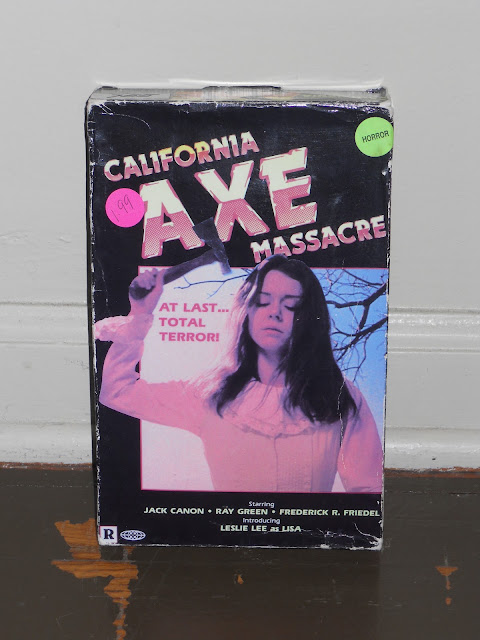 I watch a lot of movies if you haven't guessed already. Seldom have I actually sat all the way through one that turned out to be such a raucous test of my undeniable patience. Usually I will just stop watching (because I could be spending my time watching good movies instead) or I get shitfaced drunk in order to make things passable, but this one was a gift from a friend and I was therefore obliged to sit all the way through it just so I could see what's what. I regret that decision.


Since trailers are often inconclusive I will do my best to tell you what this was about. The plot is pretty much a cookie-cutter run of the mill deal full not of "total terror" but total predictability. Several murdering psychos are rampaging about the land killing innocent folks they come across at will. They come across a nice country and home and get more than they bargained for after they rape Lisa who begins to ruthlessly kill each of these scumbags in turn.

The title of this film is really pretty bothersome to me. It actually has several of them- the two listed above and others such as the very weak "The Virgin Slaughter" to the much more whimsical (and frankly better in my opinion) "Lisa, Lisa". The title of the VHS seen above is obviously trying to capitalize on the success of The Texas Chainsaw Massacre which came out three years previous to this.

This was done by using the following formula:
1. Name of a state to indicate location
2. Name of implement primarily used to kill during feature
3. Use of the word 'massacre' to imply unwholesomely large entertainment value for those of     us on the exploitative viewing tip

I don't believe this was done by the folks who originally made the film though, as the trailer provided clearly illustrates. I believe it was done by the company releasing the video to try and squeeze more rentals out of what they knew was a pretty mediocre movie to start with. I do not have a way of doing screen grabs because if I did I could show you the lame insert done during the opening credits with the new title that is done in cable access quality to show you just what I mean. Trust me though, it is nothing to write about on a blog write home about.

The pacing of this film is somewhere between grass growing and a three toed sloth going at a full on charge. It is easily one of the most boring horror films I have ever had the patience to sit through. Yes, European horror is generally pretty slow moving plot wise, but that is generally because they are busy building atmosphere where this film is just plain insipid. It is also NOT European. I could have more fun watching a scab harden than I could watching this ever again. The running time is an overly generous 74 minutes. I feel like the movie could probably have skirted by with being only about half an hour long. The plot content in this movie is pretty thin so the amount of crap shoveled in to try to pad things out a bit really doesn't help anything.

Character development is next to zero- which is never really much of a problem with a film like this, but considering the fact that it also happens to be completely bereft of pretty much everything else an entertaining horror flick is supposed to have I am more than prepared to hold that against it. When my friend gave it to me (he already had a copy) a while back he said "it sucks". I really should have taken his warning to heart but what else was I going to do NOT watch it to see what the fuss is about? Merely saying something like this "sucks" is not enough for me sometimes, and as you can tell I can sufficiently measure its suck factor.

"At last... total terror!" whoever came up with that tagline obviously meant it to mean this was a film filled to the brim with and unbridled amount of terror. Instead: I think they might have been thinking about going to go get lunch after finishing up one last tagline before digging into a decadent submarine sandwich the size of a zeppelin. Maybe "Really... totally terrible" would have been a better and more accurate one. Most people would counter my claims about this movie by saying "then why don't you make a better movie?". Well I have to be perfectly honest and admit that if I did go do that it would probably resemble this one to some degree and because I know that for an almost definite fact I feel it's better I not invite such an abomination into this world.

What else more is there to say really?

Posted by Johnathon Davis at 2:01 PM 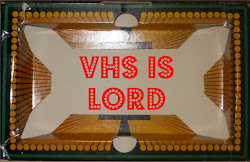 Here is what will become an ever growing list of movies you SHOULD and SHOULD NOT see. It will be updated at least once a week, as some of these reviews require much time and effort (I have MS, so I have to do these between treatment and other obligations you know). Expect long sarcastic descriptions as to why this is the case. Fuckshit! will do its very best to make sure you do not waste your time outside of that spent reading our contents.
For those of you who have no blogger account but wish to stay abreast of our developments, be sure to "like" the Fuckshit!- The Home Video Review Facebook page or subscribe with your email address to have a handy notification sent right to your favorite inbox whenever a new post occurs! TELL YOUR FRIENDS!